Pope Francis has asked the whole Catholic Church worldwide to engage in a process of discernment under the guidance of the Holy Spirit. This process is called a synod. It involves everyone in the Church - clergy, religious, and lay Catholics, each participating according to the gifts and charisms of their vocation.

The word ‘synod’ comes from two Greek words ‘sun’ meaning together and ‘hodos’ meaning way. The English word synod, therefore, means making our way together, journeying together along the way, united in Christ, the Way, the Truth and the Life.

The Synodal Process we are undertaking is guided by a fundamental question:

How does ‘journeying together’ take place today on different levels (from the local level to the universal one), allowing the Church to proclaim the Gospel? And, what steps is the Spirit inviting us to take in order to grow as a synodal Church? (PD 2)

In our Archdiocese, Archbishop John invited everyone to respond to the invitation of Pope Francis and take part in the initial diocesan listening phase of the Synod. Parishes have hosted meetings where conversations about the Church’s mission in the life of the parish and the diocese were prayerfully examined; and where the will of the Lord was sought.

Following this local phase, a diocesan Synodal synthesis was produced, a document containing what was shared and prayerfully discerned in the diocese as a whole. This document has been sent to the Bishops' Conference of England and Wales to be gathered with other diocesan submissions before the Synod of Bishops in Rome in 2023. 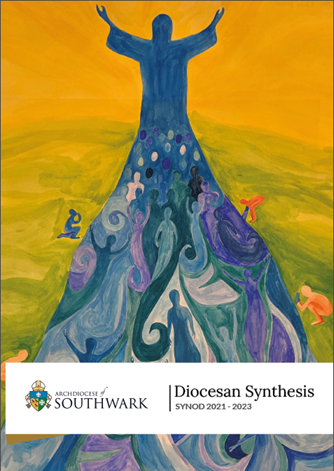 The Bishops of England and Wales will now discern their response. Their considerations, together with the synthesis document will be formally submitted to the Synod Office in Rome as the Synod contribution from England and Wales.
Along with reports from all the other conferences around the world, the Synod office will be reviewed to create the first ‘Instrumentum Laboris’, which the Synod Office is calling the “Document for the Continental Stage”, which will commence in September 2022. 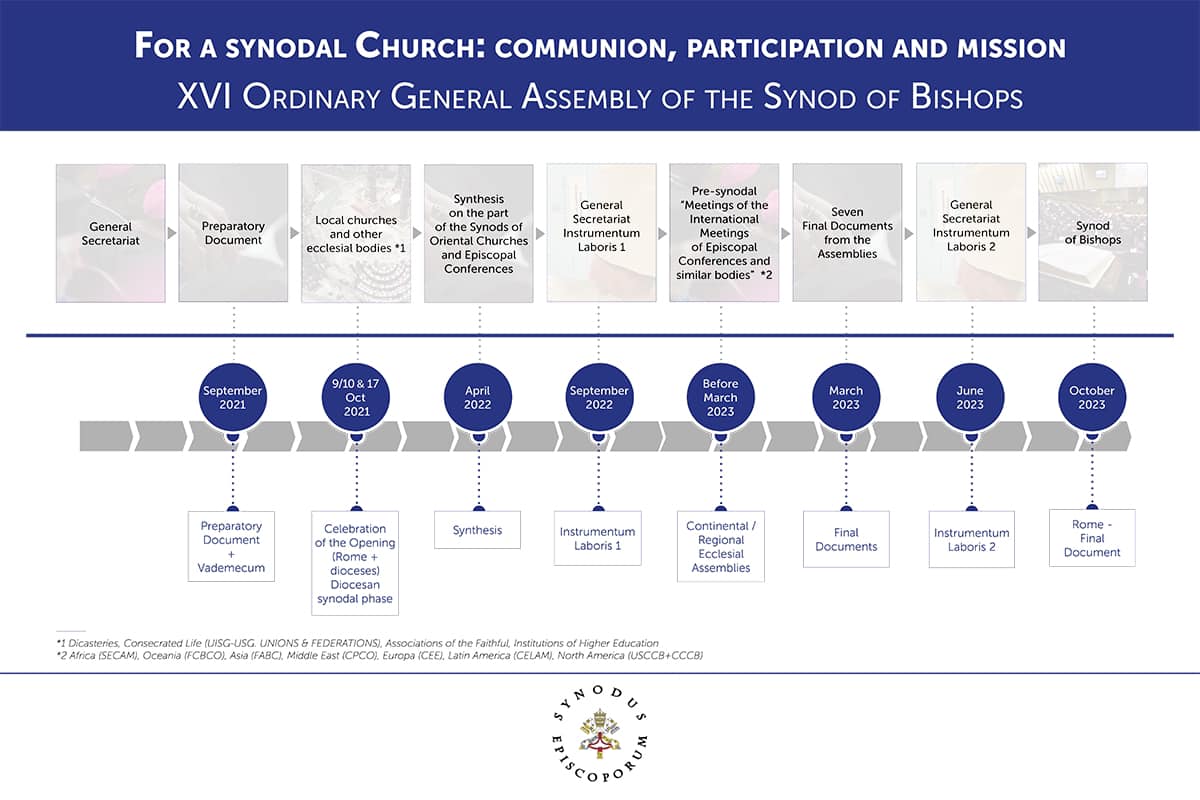 The Local Stage of the Synod

A selection of questions, on the themes of Communion, Participation and Mission which were prepared can be found here.

Via the links below we feature the suite of resources that parishes used for the local phase. Further information about the Synod can be found on the websites of the Synod Office in Rome - www.synod.va/en.html in different languages and from the Catholic Bishops’ Conference of England & Wales - www.cbcew.org.uk/synodal-church/

The Synod is seeking to help us all see how we might serve the Mission with which we have been entrusted in these times. 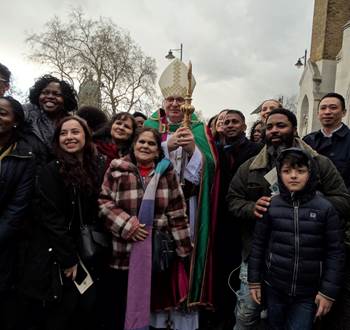 The Church of God is convoked in Synod. With this convocation, Pope Francis invites the whole Church to question itself on synodality: a decisive theme for the life and mission of the Church. Continue reading 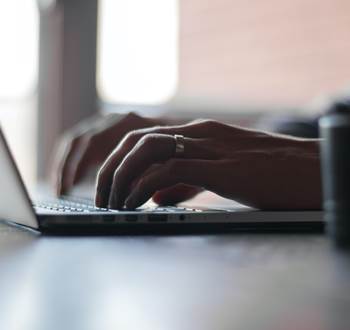 Taking the opportunity to share and listen to each other and, ultimately, to the Holy Spirit. Continue reading 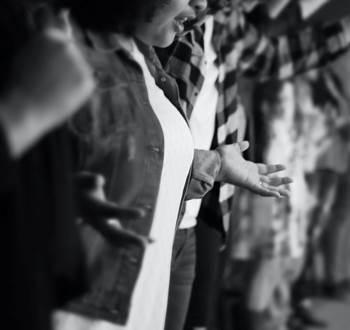 As Covid restrictions are lifted, and as we get a sense of how the coming months may unfold, the Synodal process provides us with the opportunity to hear the thoughts and concerns of the Church across the Archdiocese of Southwark. By listening always first to the Lord, and then sharing with each other, we seek to strengthen our collective witness to the Lord Jesus, the Way, the Truth, the Life. Continue reading