Homily for the Easter Vigil 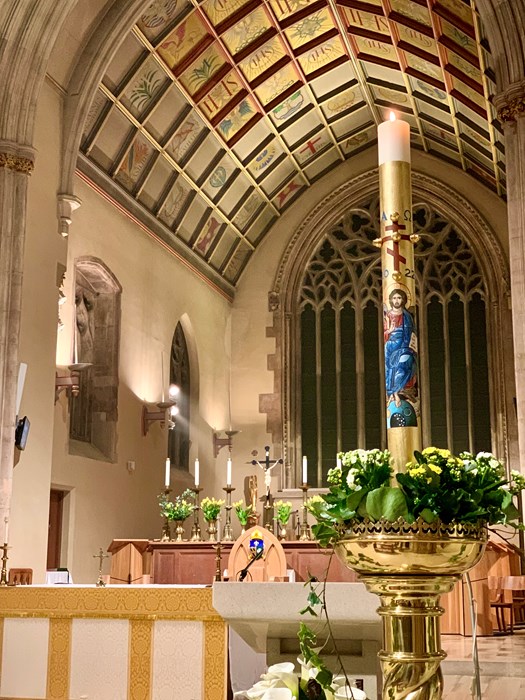 The Paschal Candle at the Easter Vigil 2022

Dear brothers and sisters in the risen Lord

The most important privilege and responsibility of every Christian is to announce the Good News of Christ’s resurrection from the dead. So I say to you, the Lord is risen; He is risen indeed! On this joyous night, when we celebrate our Lord’s victory over sin and death, a victory he shares freely with us, I wish you, and your families and loved ones, every blessing for Easter in the glory of the risen Christ.

A few years ago I led a course on the Catechism of the Catholic Church. We covered what the Catechism teaches about the resurrection. Someone made the point that they had heard there were some theologians and church leaders who questioned the literal truth of Christ rising from the dead. They asked me what I thought of this idea. ‘Not much,’ I replied. ‘As St Paul put it, brilliantly: ‘If Christ has not been raised, then our faith is in vain.’ (I Cor 15:17) But they continued: ‘What if it were proved, incontrovertibly, that Jesus did not really and truly rise physically from the dead?’ I said, ‘I don’t think it ever could or will be.’ ‘But,’ they insisted ‘what if it was?’ ‘Well,’ I responded, ‘I’d be off to the job centre!’

Dear friends, at the heart and foundation of our faith is the truth that Christ who was crucified and died, who was buried in the tomb, rose again from the dead on the third day. This has been, is, and always will be the authentic Christian faith. Christ was raised from the dead by the Father so that we too might live a new life in him.

But let me ask another question on this great Feast of Easter: what was in the empty tomb? The temptation, of course, is to say ‘nothing.’ It was empty; except for the folded grave clothes. But let me suggest to you that, at least in one sense, the tomb was not empty; that it was, in fact, full, and full to overflowing. It was full to bursting with the most powerful ‘sign’ of God’s victory in Christ: ‘Why look among the dead,’ said the Angel, ‘for someone who is alive?’ ‘He is not here; he has risen.’

Among those who followed the Lord Jesus, the first witnesses to the resurrection were Mary of Magdala and her companions, and the apostles Peter and John. Early on the first day of the week, they saw this most powerful ‘sign’ of the empty tomb. But how did they react?

It was Mary of Magdala, and the other women from Galilee, who witnessed the Lord Jesus’ crucifixion from a distance. When his pierced body was lowered from the cross, wrapped with spices in a linen shroud, and laid in the tomb, these faithful women kept watch. Taking note of everything, they hatched a plan. In the early hours of the morning, under the cover of darkness, Mary came to the tomb with them and found its doorway open. The stone covering was rolled away and the body of the Lord Jesus was not there. Mary’s response to this most powerful ‘sign’ was to share the news with Peter and John and the apostles: the Lord’s body has been taken out of the tomb. The empty tomb was full of meaning. Something remarkable had happened.

Peter is next to pick up the baton and he races to the tomb. St John’s Gospel tells us that John, the disciple Jesus loved, also ran with Peter. John was younger and quicker on his feet and so arrived first. He was deferential towards Peter and merely peeked inside the tomb. But his mind and heart must have begun to wonder. Peter, with his big fisherman’s feet, walks straight in. He too saw this most powerful ‘sign’ of the empty tomb: the Lord’s body has not simply been taken out of the tomb, something has happened to undress him and leave his clothes behind. The plot thickens and the suspense builds.

Only when John, the beloved disciple, eventually followed Peter into the empty tomb is the real magnitude of this most powerful ‘sign’ made clear: he saw and he believed. At last the truth has dawned. The prophets had been right. The Christ must suffer and rise again on the third day as taught in the scriptures. For Mary and the women, for Peter, John, and for the other disciples; and for every disciple since, including us today, the empty tomb was, and remains, the most powerful ‘sign’ that the Lord Jesus was raised back to life.

Of course, the truth of resurrection was gradually confirmed and strengthened for those first followers of the Lord as they met him in his risen body, as they heard his voice, and as they even touched his wounds. Their faith inspired the early Church to preach with conviction that ‘God raised [Jesus] to life and allowed him to be seen.’ (Acts 10:40) To which we say Amen! Alleluia!

Those first-hand witnesses to the empty tomb testified that Jesus Christ who was crucified, died and was buried, is alive today. The list of believers after them runs to countless billions and to this list, we can add our own names. In faith, we too see and believe; and so, perhaps there is another question for us who stand in the light of the Easter Candle, who claim the new life of the resurrection. And it’s this: how will our lives ring out to others with the fullness of Easter Joy?

Images from the Easter Vigil 2022 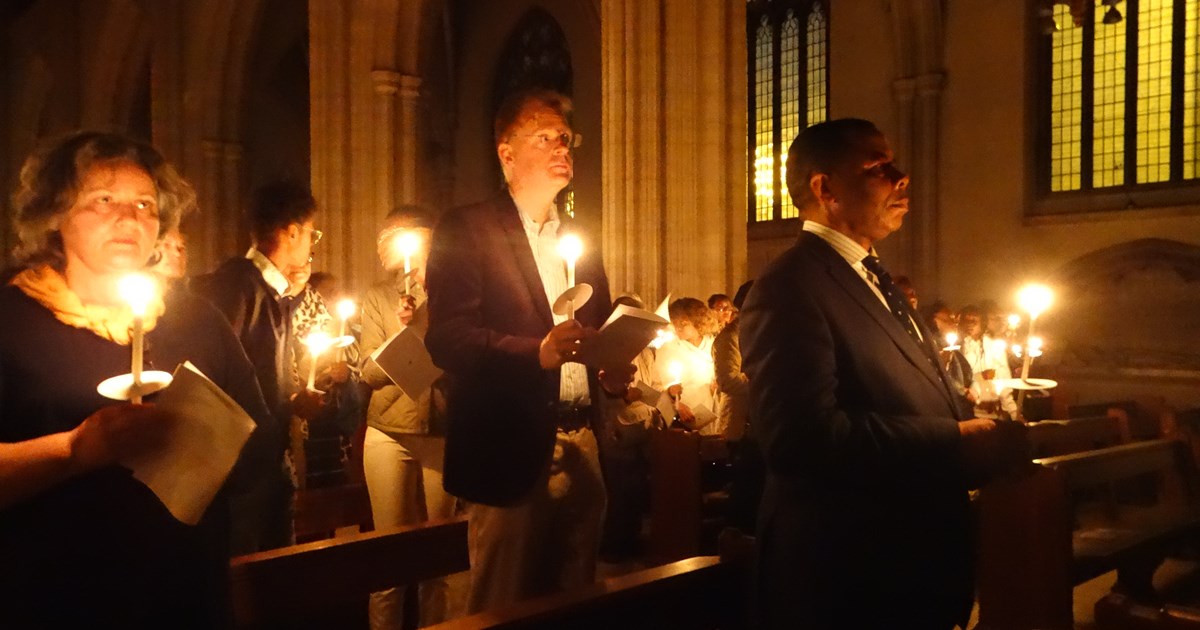 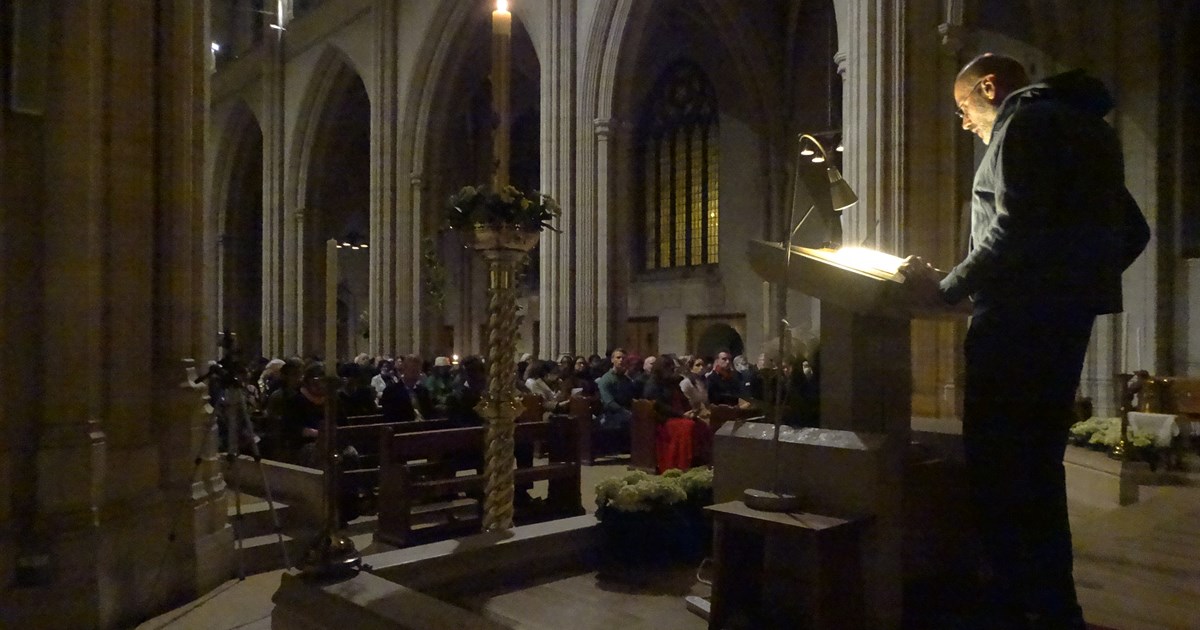 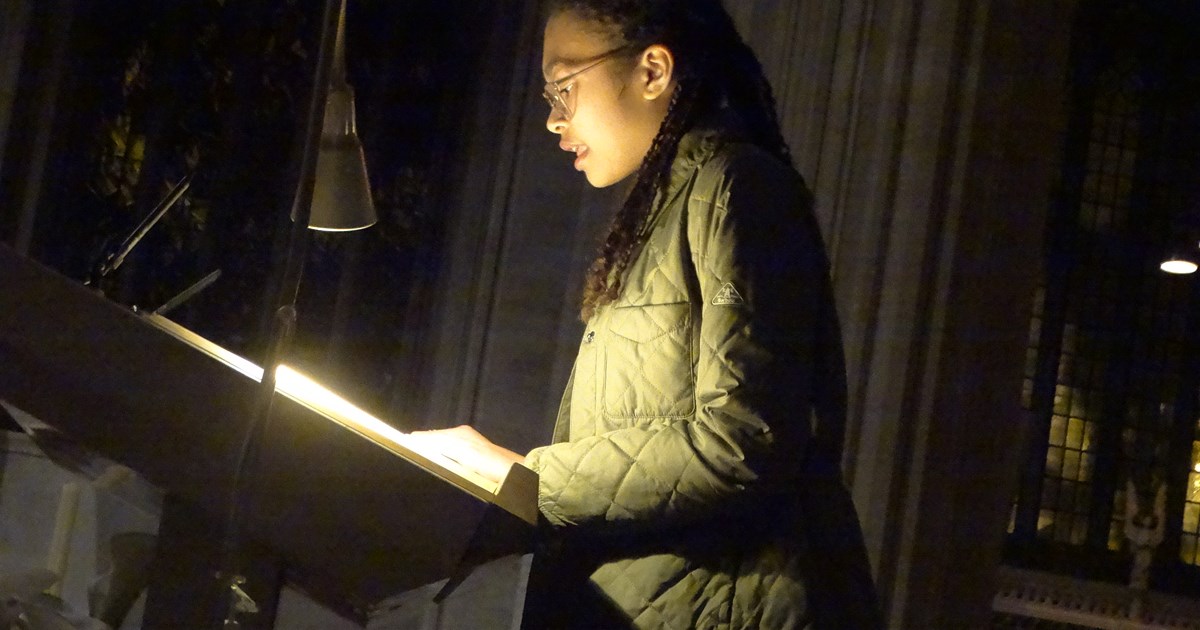 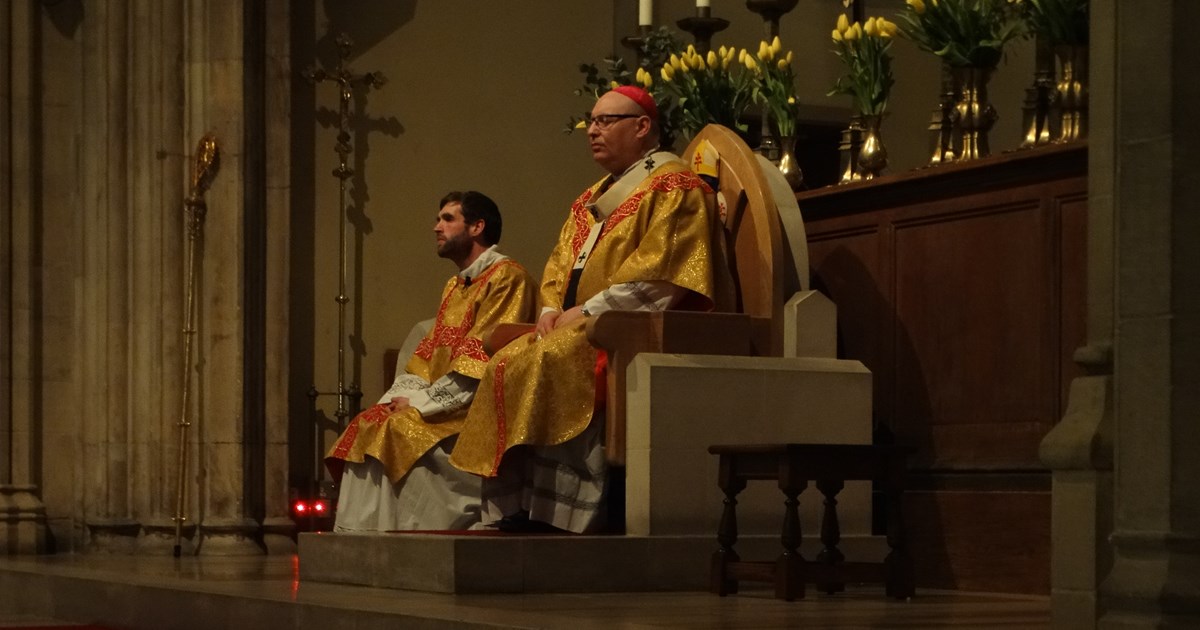 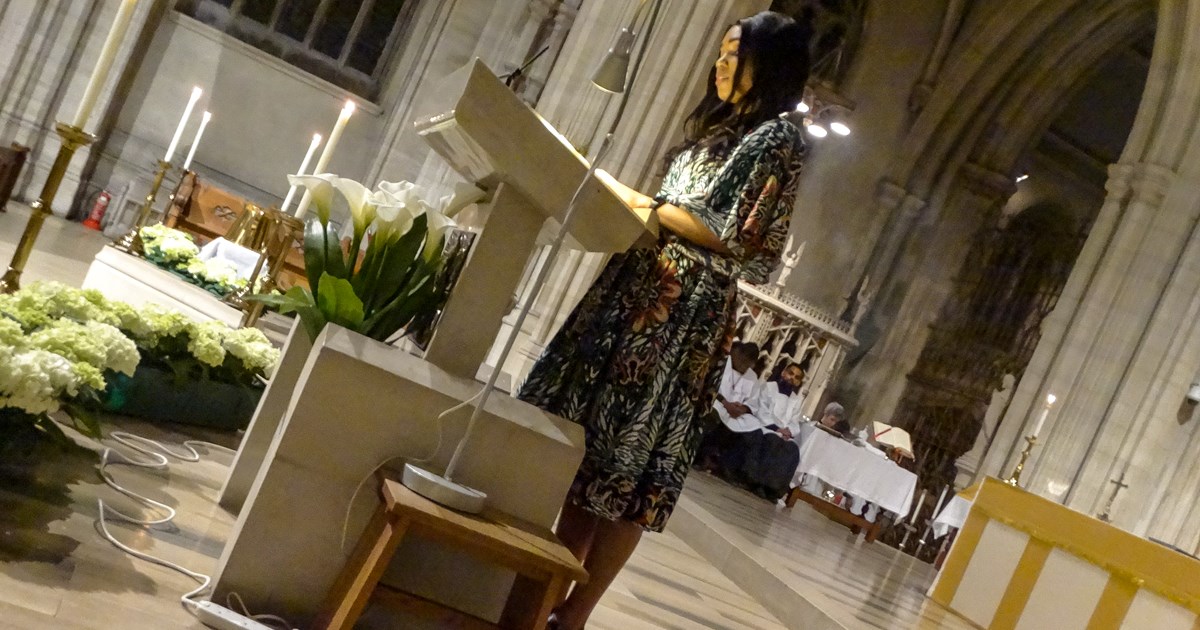 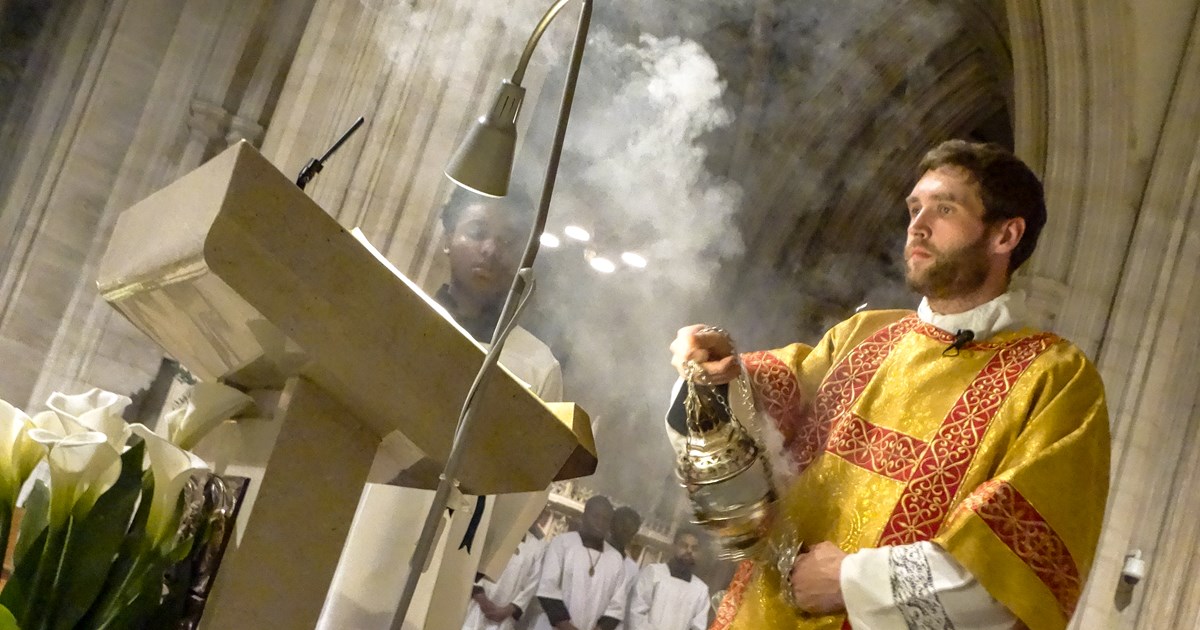 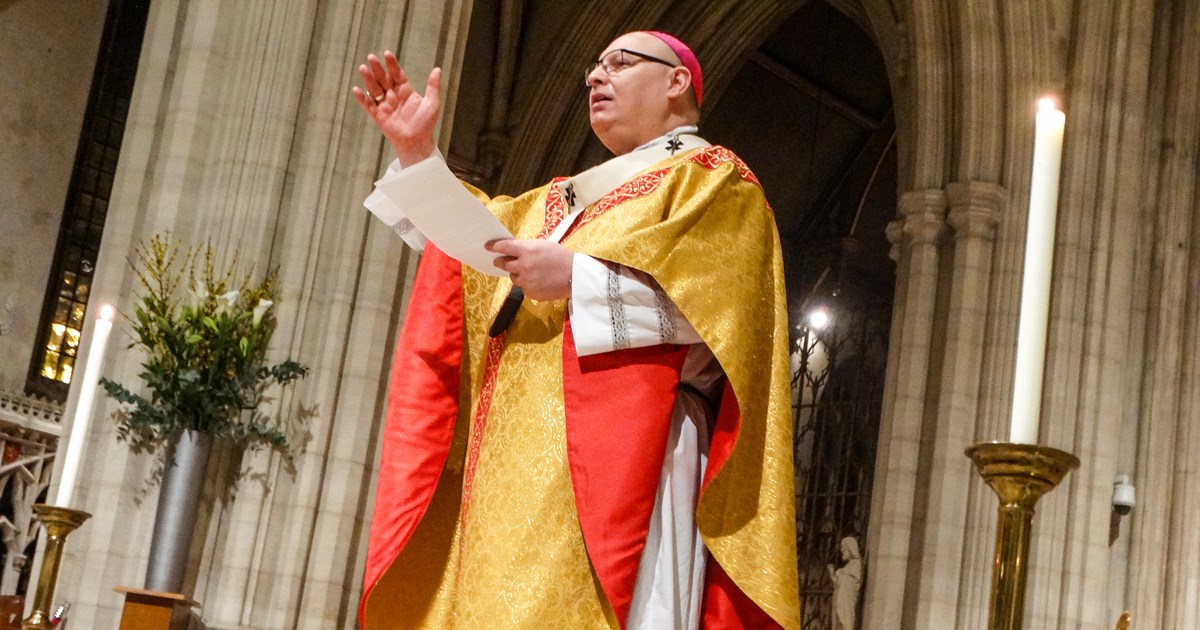 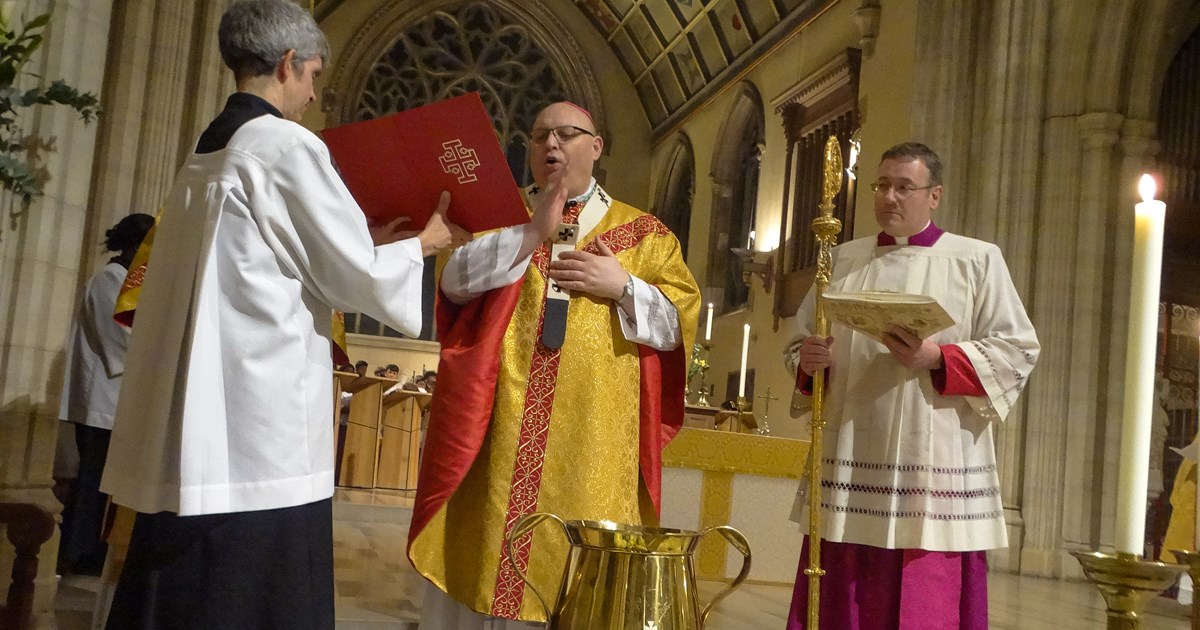 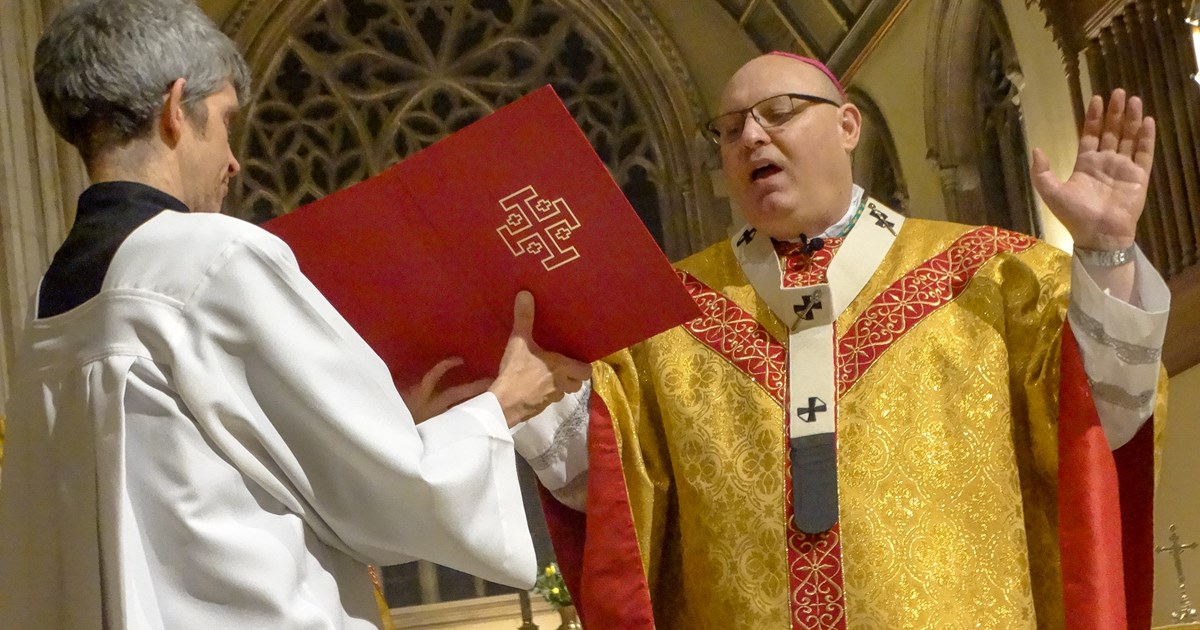 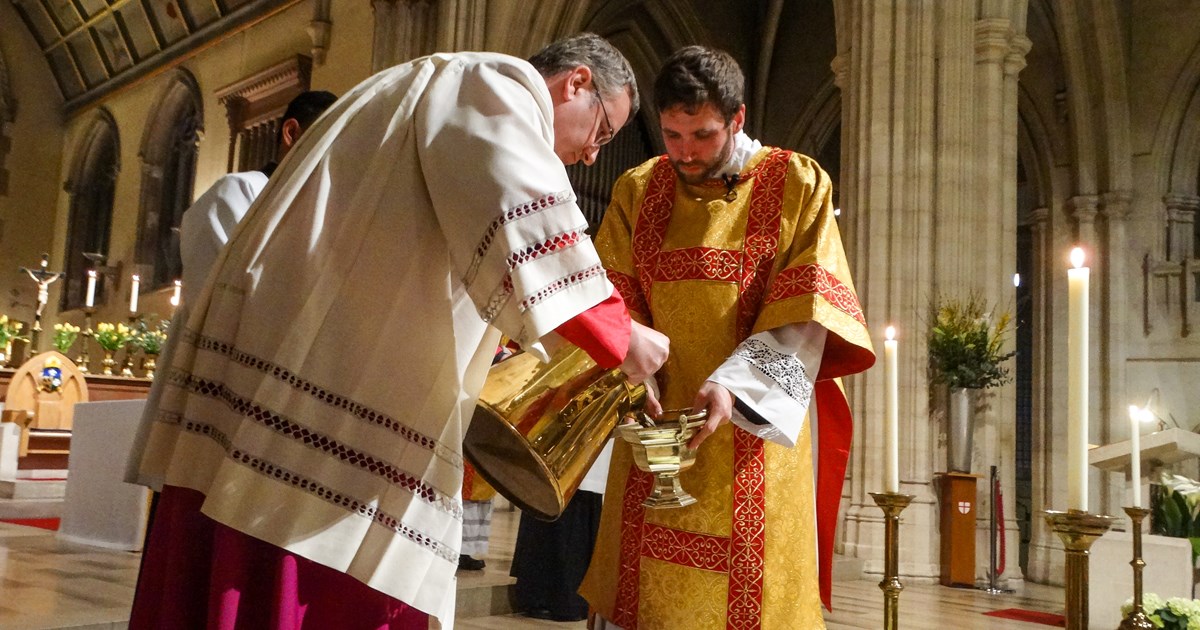 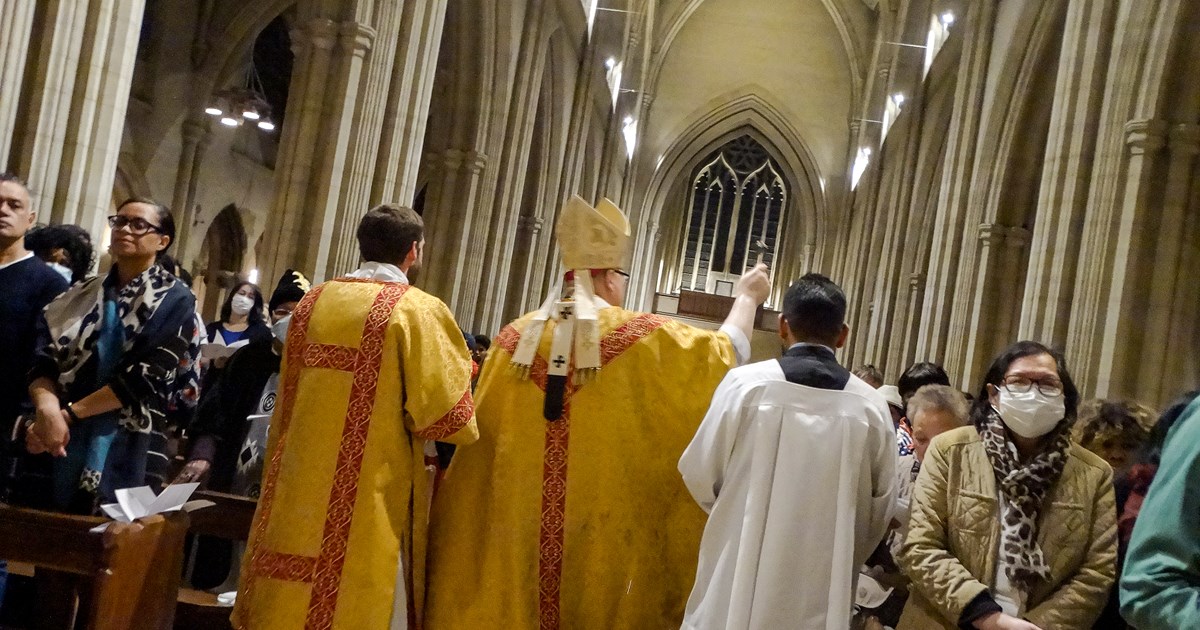 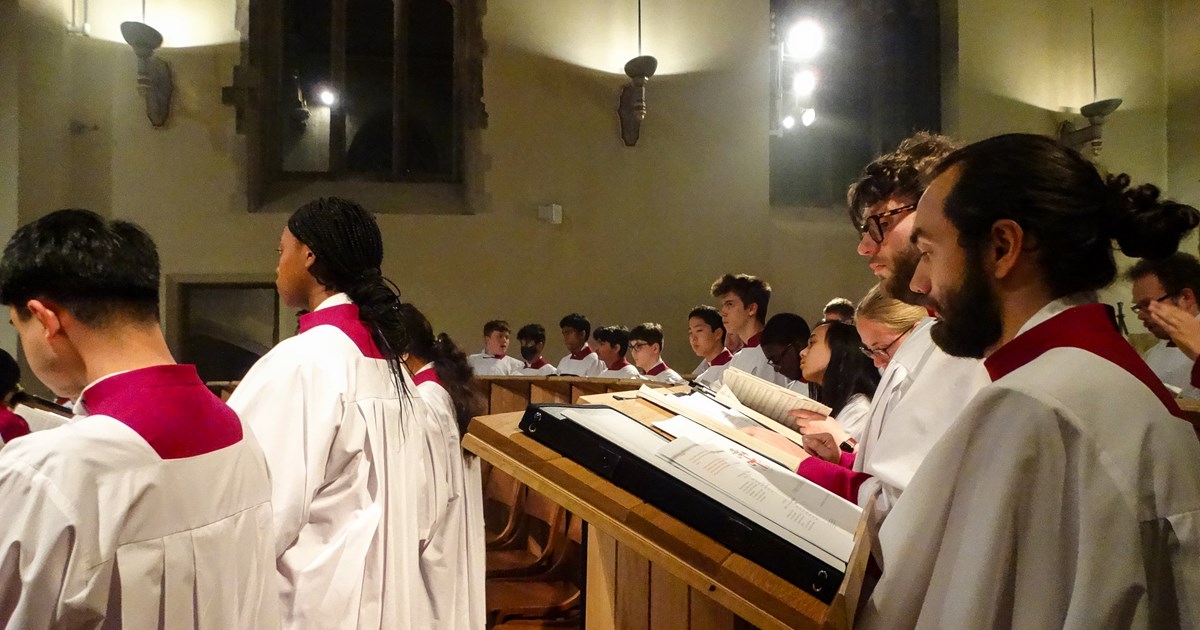 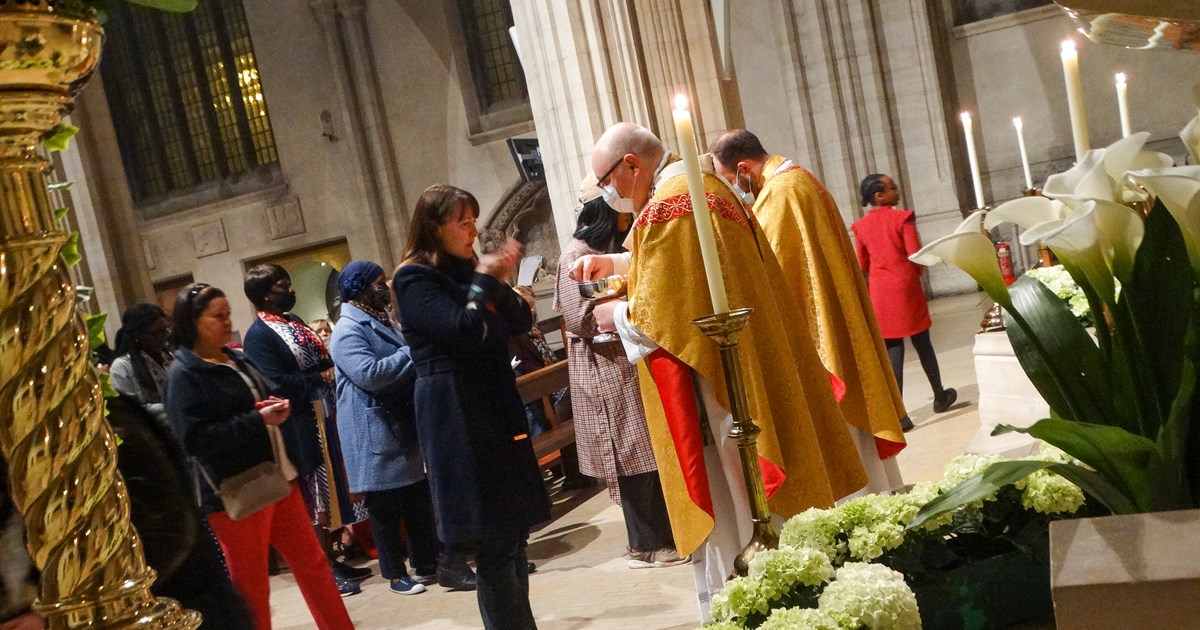 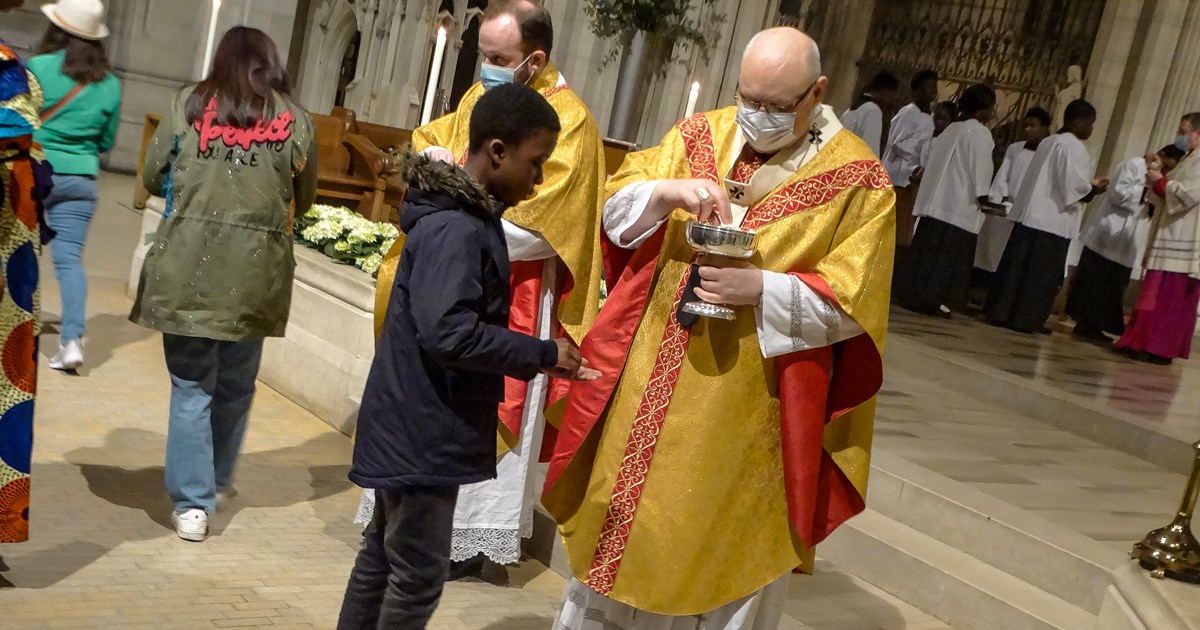 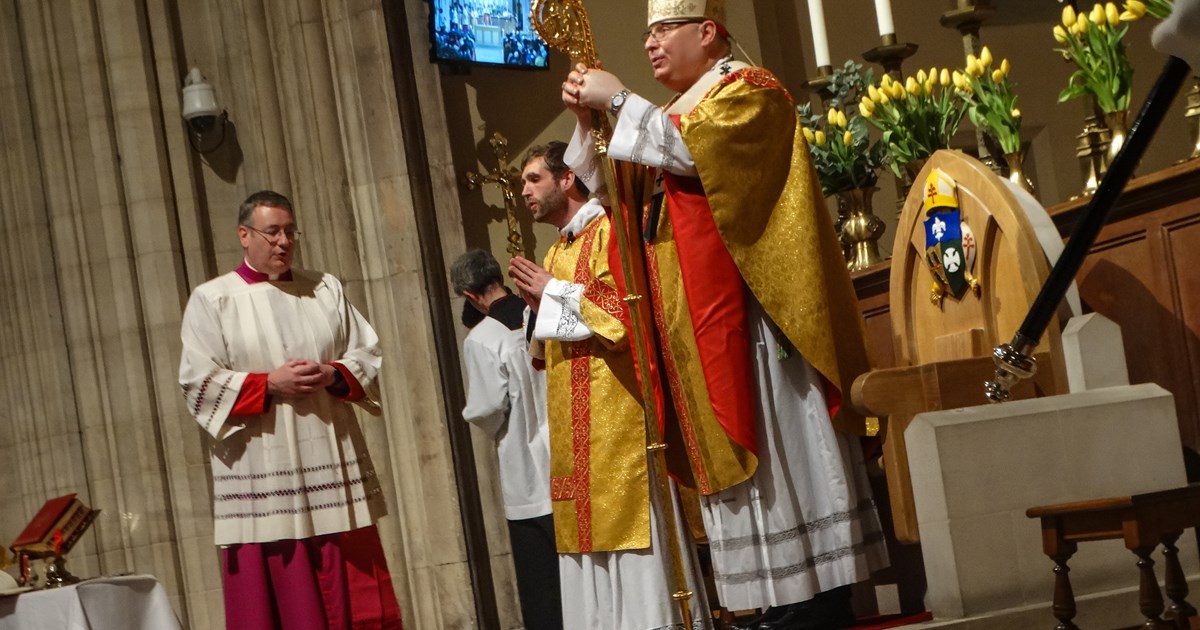 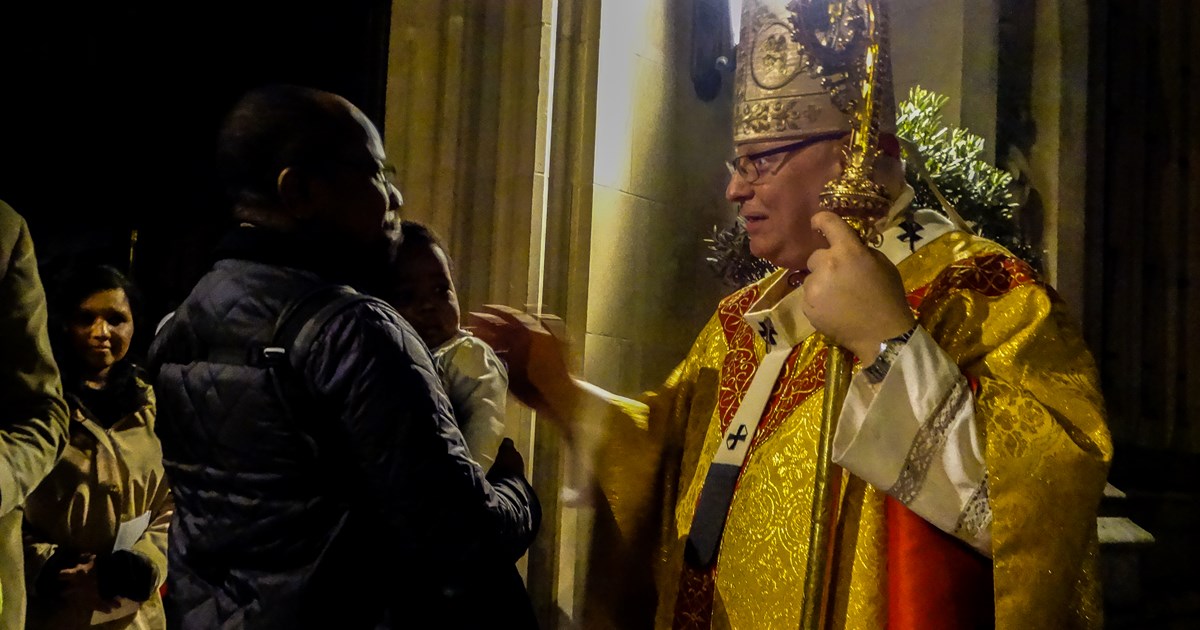